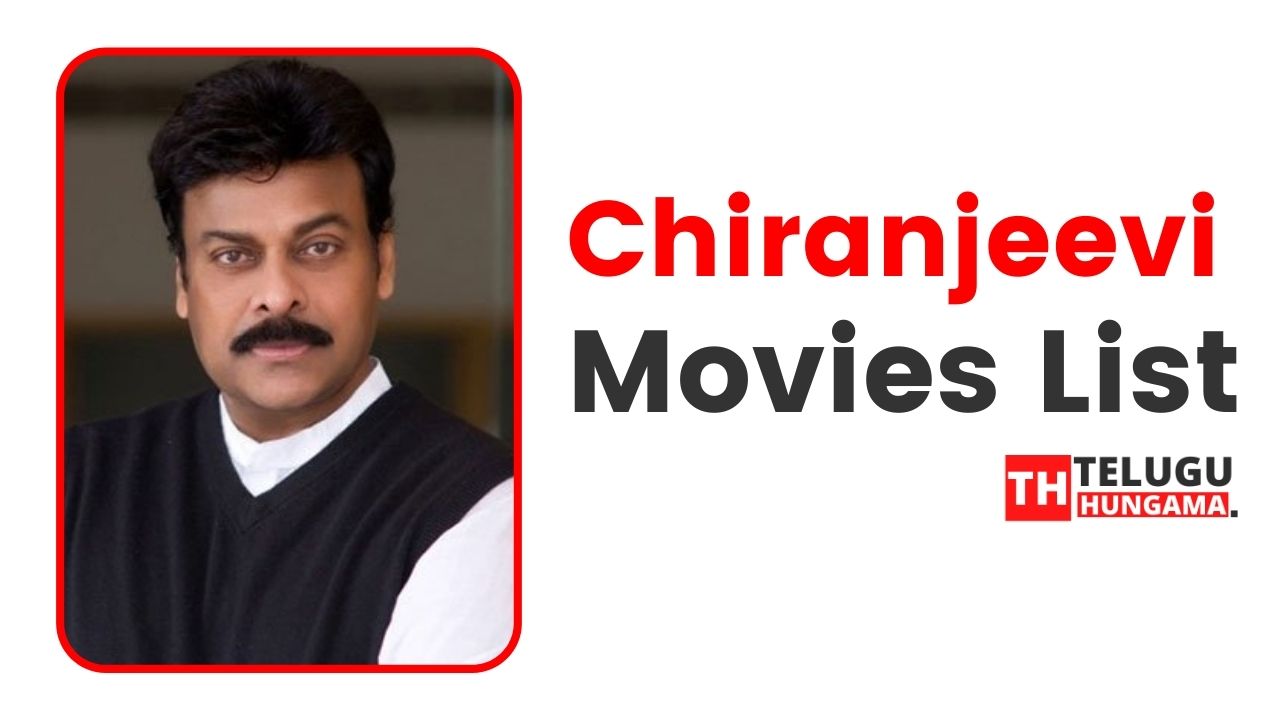 Chiranjeevi, The Megastar Of the Telugu Film Industry is an Indian Actor, producer as well who worked predominantly in the Telugu Cinema. Apart from that he has also appeared in Tamil, Kannada, and Hindi Movies as well. He made his debut back in the year 1978 with the film Punadhirallu. With his sheer dedication and passion towards the cinema, Chiranjeevi rose up in the ranks of the actors and now he has worked in more than 150 movies. He is known for his excellent dialogue delivery and dancing skills. He became so famous that the India Today magazine has released a magazine with a cover photo of Chiranjeevi with the caption “ Bigger than Bachchan “

Chiranjeevi has set an milestone in the Telugu Film Industry. Here is the movies list of Chiranjeevi and the roles he played till now.

So these are all the details of the Megastar Chiranjeevi Movies. He also did cameo roles in Bruce Lee: The Fighter, Jagadguru Adi Shankara, Magadheera and other movies as well.

His upcoming movie Acharya was supposed to release this May. But because of the pandemic they had to postpone the release. Soon we will get the update of the movie. This movie is directed by Koratala Siva. Kajal Aggarwal was roped in as the lead actress of the movie. Ram Charan and Pooja Hegde will be seen in important roles. Once we get the official news about his upcoming movies, We will definitely get the first news to you.