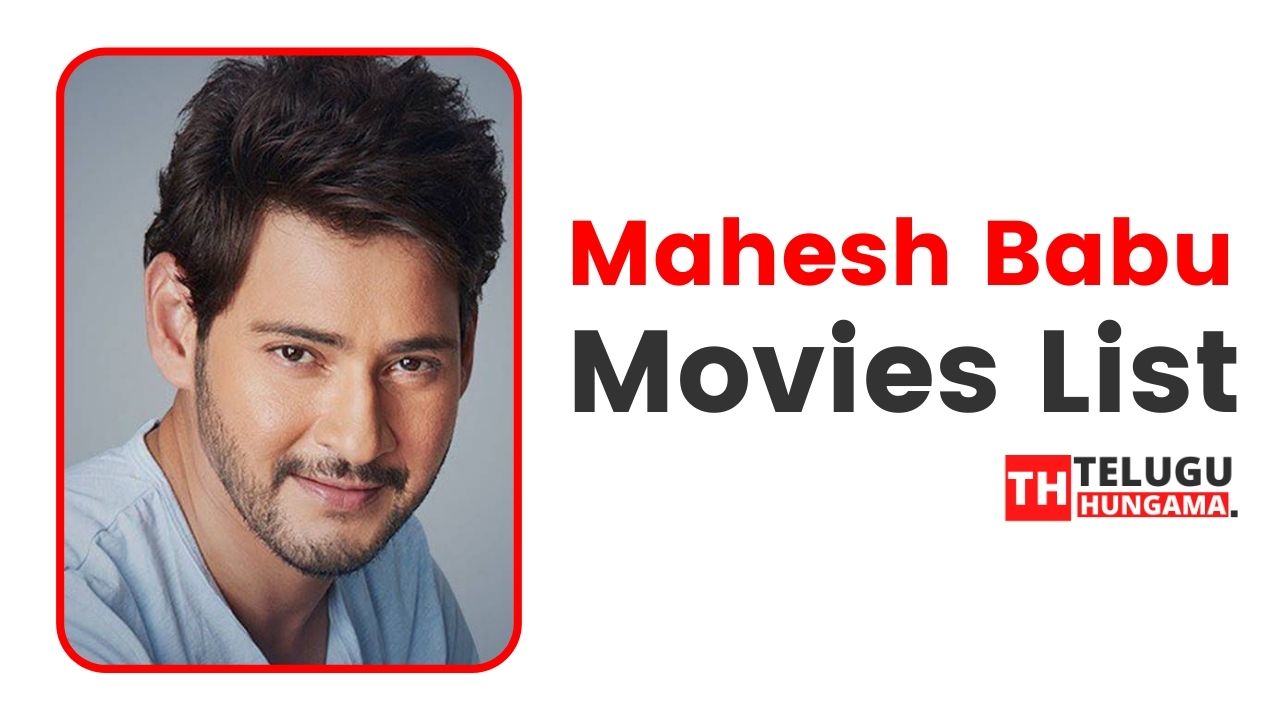 Mahesh Babu is an wonderfully talented actor who has worked predominantly in Telugu Cinema. He started working in the movies right from the age of four years. He worked in many movies as a child actor with his father Krishna. After that he focused on his education and after completing his education he got back into the movies with a wonderful movie. Now because of his hardwork and choosing unique scripts, He is in such a stage now. He is one of the highest paid actors of the industry and respected by his fellow actors. He became quite popular in the Telugu Film Industry after giving back to back commercial hits at the box office. Here is the list of Mahesh Babu Movies and the roles he has played till now.

So these are the movies of the Superstar Mahesh babu. His last movie Sarileru Neekevvaru was a blockbuster at the box office. Now everybody eagerly waiting for his upcoming movie Sarkaru Vaari Paata. Mahesh Babu will be sporting a new look all together in this movie. After this movie is completed, Mahesh babu will team up with S.S.Rajamouli for African action adventure movie. Writer Vijeyndra Prasad is still in writing the story for this movie. Soon it will be done and the movie will go on to the floors. Recently it was announced that Trivikram Srinivas and Mahesh babu are teaming up after a long gap. The details of this movie are yet to be announced and also there have been some rumors that A.R.Murgadoss will be making a multi starrer movie with Mahesh Babu and Kamal Hassan. This news has been going viral on the social media. We didn’t get any official news about this.

Mahesh Babu also worked as a narrator for the movies Jalsa, Baadshah,Manasuku Nachindhi as well. Now he is also producing Major Movie in which Adivi Sesh will be playing the role of Major Sandeep Unnikrishnan.

So these are all the details of Mahesh babu movies. We will get back with more details regarding Mahesh Babu upcoming movies news.