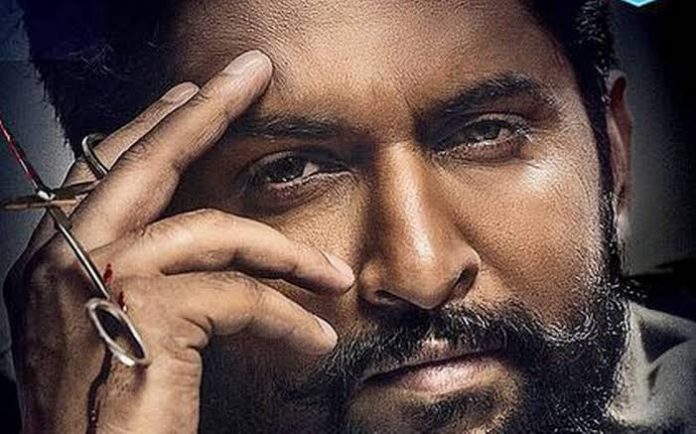 Nani’s V Telugu Movie leaked online: Nanis’ upcoming Telugu film ‘V’, as everybody knows, will be premiered on OTT Platform Amazon Prime Video on 5h September 2020. The movie was supposed to hit the theaters on the Ugadi festival. Owing to the novel coronavirus, It got postponed. It is the first Telugu big film set to release on the OTT platform in Tollywood.

It’s an action and thriller movie. Nani’s 25th film Vs’ story, as per sources, has been leaked. It’s one of the topmost sought after movies audiences are eagerly looking for. This is the first film for the hero Nani who, as per the sources, plays a negative role as the poster suggests.

in his upcoming movie V will be portraying the character of Vikramaditya taking revenge on the murder who has killed his wife(Aditi Rao Hyadri) and Sudheer babu as Vivek Krishna, is playing the role of a cop who investigates Nani’s killings. Nani’s leaves a letter V post every murder. It remains to be seen on 5th September on Nanis’ V mark mystery. So far the teaser and two songs have already been released and got a good response from the audience. This film has been directed by the National Award-winning director Krishana Indraganti who has already worked with hero Nani for two movies in the past.  This film is produced by Dil Raju under Sri Venkateswara creations and music for the film is composed by Amit Trivedi.

Before the release of his film V, the natural actor took to his official social media to share the news with his fans and followers to talk about his movie and its release date. The theatres were closed due to the coronavirus. Apart from Natural star Nani, the film also features Sudheer Babu, Nevetha Thomas, and Adithi Rao Hydadri., he shared

The official announcement says “To my fans, well-wishers and extended family here. These are not regular times and this is not going to be a regular experience. My 25th is special and now it will be even more for so many reasons. Let’s make it a memorable one. Let’s celebrate V this September 5th.  These 12 years you came to the theaters for me and it’s time I come home and say thank you! I will be as excited and nervous to hear from you all on the release day. PS: when theatres open, Tuck Jagadish will take over. Promise!”

Speaking about releasing the film digitally, The Natural Star says “ I’m very excited about Global Premiere of V- the movie marks my 25th in the film industry, I couldn’t have asked for a bigger tribute to my fans and supporters, than to have V available to watch anytime, anywhere on Prime Video.”The movie is expected to release across 200 countries and territories. 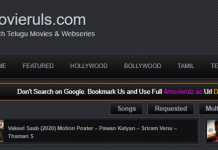 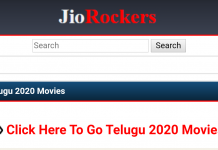 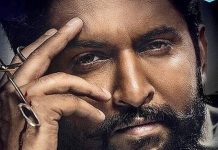 Telugu Hungama is a blog where you will find your favourite song lyrics such as Tollywood film songs, Album songs, and Spiritual songs.
We provide lyrics only in Telugu as per our audience demand we will also provide in other languages only if requested to upload or share. We always strive to give our best to our audience.

He is So Cute Song Lyrics in Telugu – Sarileru Neekevvaru