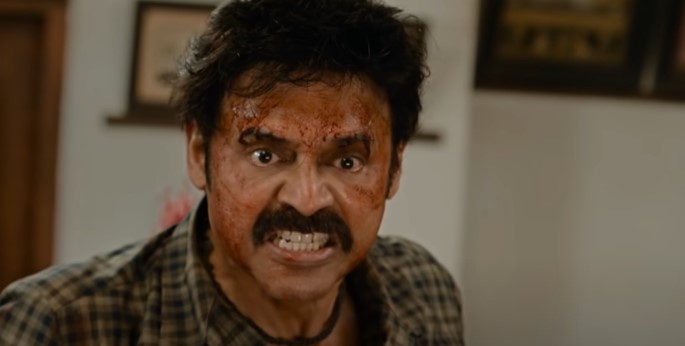 Narappa Movie Review: Venkatesh Starrer Narappa has been the much-awaited telugu movie after second wave of corona. Though it is Dubbed version of Tami’s Asuran, many are eager to watch it in Telugu. Naarappa is an Emotional Action Rural Drama. Victory Venkatesh, Priyaman and Karthik Rathnam are Playing the lead roles in this movie.

Digital rights were bagged by Amazon prime. Movie makers planned to release in theatres but because of many reasons it was cancelled. Producer suresh Babu said “ We won’t hesitate to show the truth through this movie. It has powerful message in it”.

Narappa is the remake of Tamil film Asuran released On 4th October 2019 in theatres. Story is based on novel Vekkai written by Poomani. As is has bagged many awards along with collections, D. Suresh babu decided to remake in Tamil with Venkatesh as in Lead role. Kalaipuli S. Thanu is the producer for both Asuran and Narappa. Vetrimaran directed this movie.

Story revolves around Caste Hegemony, suppressing landlords. Narappa (venkates) along with his wife and two sons live in thekkor village. Narappa belongs to low cast . One day Narsimhan who is the the rich Uppercaste landlord of the same village want’s narappa’s land to buy. Narappa refuses to give. Later clashes starts between them. Narsimhan insults Narappa infront of villagers. Narappa’s son couldn’t able to bear this digest so he plans and kills Narsimhan. The next part of story is interesting.

Venkatesh’s acting is not less than Dhanush’s Performance in Asuran. Venkatesh as already been famous for the family man characters, He done very well. Overall technical part, screenplay, acting is good. This Movie is not just an entertainer, it has a powerful message to the society. Watch it with family and enjoy.