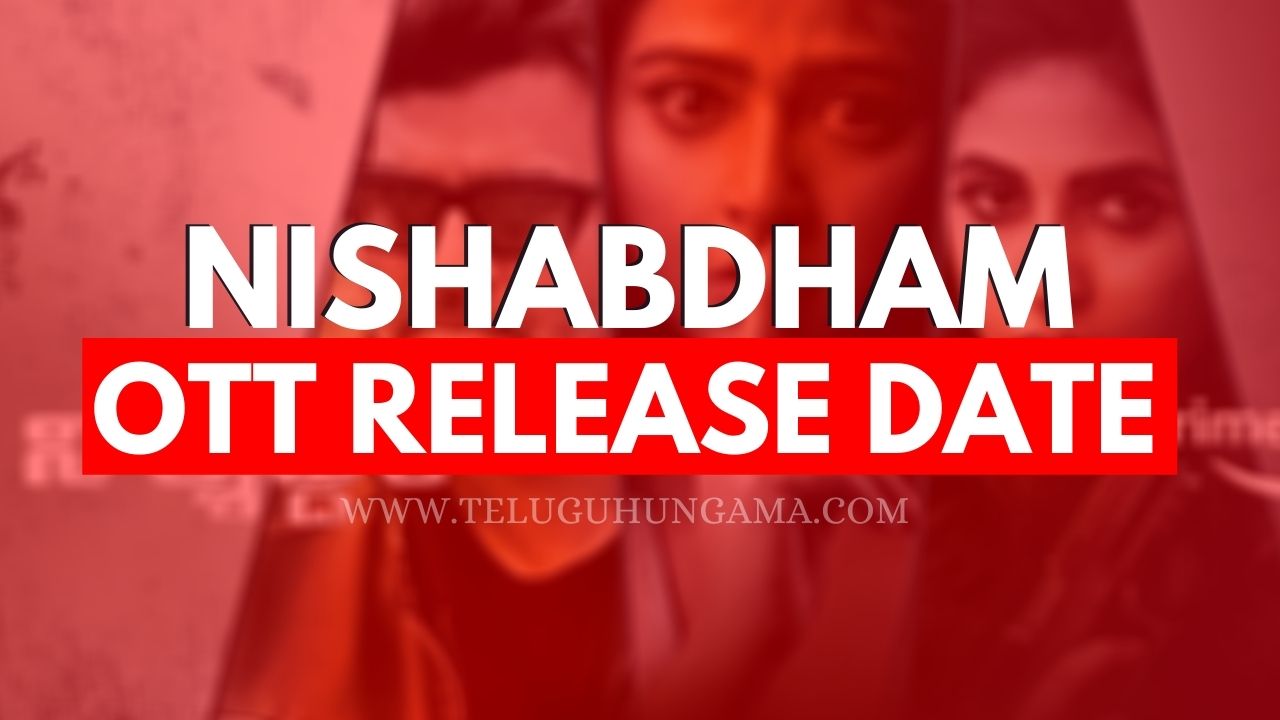 The music was composed by Gopi Sundar. This movie was produced by KFC entertainment and People Media Factory.

All filmmakers have now decided to go for the OTT platform as there will be a lot of corona cases emerging across the country.  People are inclined towards watching movies on OTT platforms like Amazon Prime Video, Netflix India, Aha, and more.  Several original movies like Nani’s V movie have been released on the OTT platform.

Before the movie’s release date was fixed, there were huge speculations concerning its release date and mode of its release platform. However, movie producers have condemned it.  Before the corona came to India, there were hardly a few movies released on OTT platforms. Now there will be more movies lined up for release on digital platforms.  Americas’ streaming platform Amazon Prime Video has acquired digital rights to release the movie on Amazon Prime Video in all languages for the amount of 26 Crore.

Now Anushka Shetty’s’ Nishabdham film is set to release on OTT Platform Amazon Prime Video on 2nd October 2020. Movie lovers are quite happy with their release mode as they can sit and watch the movie at their homes.

When Will Nishabdham Movie Release?

2nd October 2020, Nishabdham Movie will be released on Prime Video. All the digital rights are bought by amazon prime video. Recently Amazon India Prime Video has confirmed that this stunning suspense thriller Nishabdham movie will be out on their video streaming platform that is Prime Video, in their tweet.

Moreover, Movie producers have held an online poll on social media Twitter to know the interest of audiences on OTT release. To his surprise, more than 70% of audiences favored the OTT release.

The trailer of the movie has been released. The movie seems like a suspense thriller that revolves around the haunted house. The trailer suggests that there would be something interesting for the audience to connect with.

Whether the movie entertains us with its sheer suspense or not will determine on Oct 2 as it will be released on that day on Amazon Prime Video.  This film will be available in the Malayalam language too.