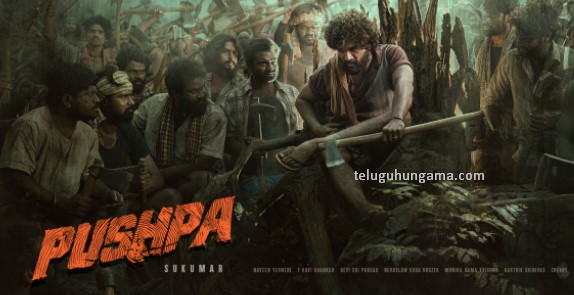 Pushpa Digital Rights & Pushpa OTT Release Date: Tollywood`s one of the ace directors Sukumar and stylish star Allu Arjun`s Pushpa the pan Indian project grabbed the attention of audience as well as industry people with the teaser in which the stylish star may be seen as a lorry driver who was part of smuggling of sandalwood.

As said in the dialogue ` thaggede le…` by stylish star, this movie is going to be released in two parts as makers confirmed it.

And now the buzz is that this movie is going to release on 13 August 2021 in five languages such as all the four south indian languages and also in Hindi.

Smuggling the red sandal was a quite common point for south india as heard and red lot about that. There are many assumptions among the fans and film industry people about the main plot of the movie as it has a point of a red sandal smuggler. But, it is said to be the story of an ordinary lorry driver who was part of red sandal smuggling for some time and how he evolved as a leader to others by becoming a Don.

The demand for this movie exceeded the expectations even by the several OTT platforms for the south languages. And there is a heavy competition for getting digital rights of this 200 Crores budget movie among the top OTT platforms.