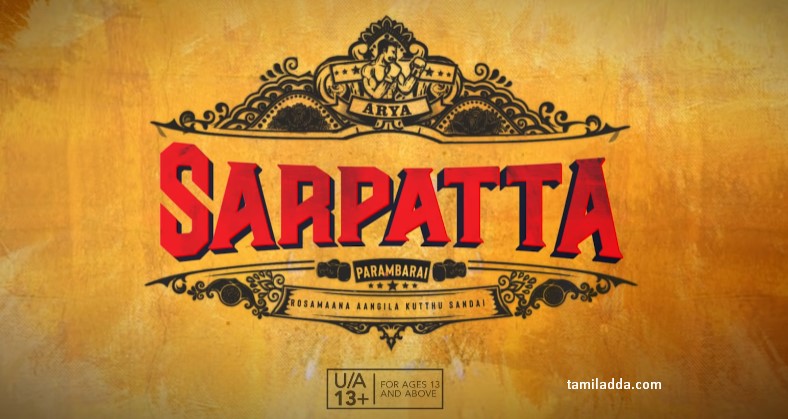 Sarpatta Parambarai Review: Much Awaited Tamil Film Sarpatta Parambarai starring Arya in lead role is all set to release on Amazon Prime on 22 July 2021. As Pa Ranjith directed this movie, expectation are high among fans and public.

Sarpaata movie is set in times of 1980’s. Arya playing the role of boxer Kabilan. Story revolves around between two gangs.. One is Idiyappa Parambarai and other is Sarpatta Perambarai. Its showcases the boxing culture of North Chennai and Politics involved behind it.  Director said that story is based on real incidents happened at times of 1980’s.

Arya has undertaken rigoroush boxing training for 4 months working 6 to 7 hours on cardio, physical exercises. Director Pa.Ranjith also took 6 months training of boxing with special diet to understand the real core of boxing, so that he can present it in film aptly.

Sarpatta as expected story revolves around boxing. The way boxing genre shown is somehow different from the regular stories. In the First half, an unexpected twist comes coinciding with national emergency arrests. Its seemed like writer had done a lot of work on the script. In second half story doesnt look interesting. Arya’s acting performance is good, background score didn’t reached its expectation. Overall 3/5 rating can be given to this sarpaata.

Second half is dull and disappointed. Runtime is 175 minutes which is very high. After interval story needed some changes to reach expectations.