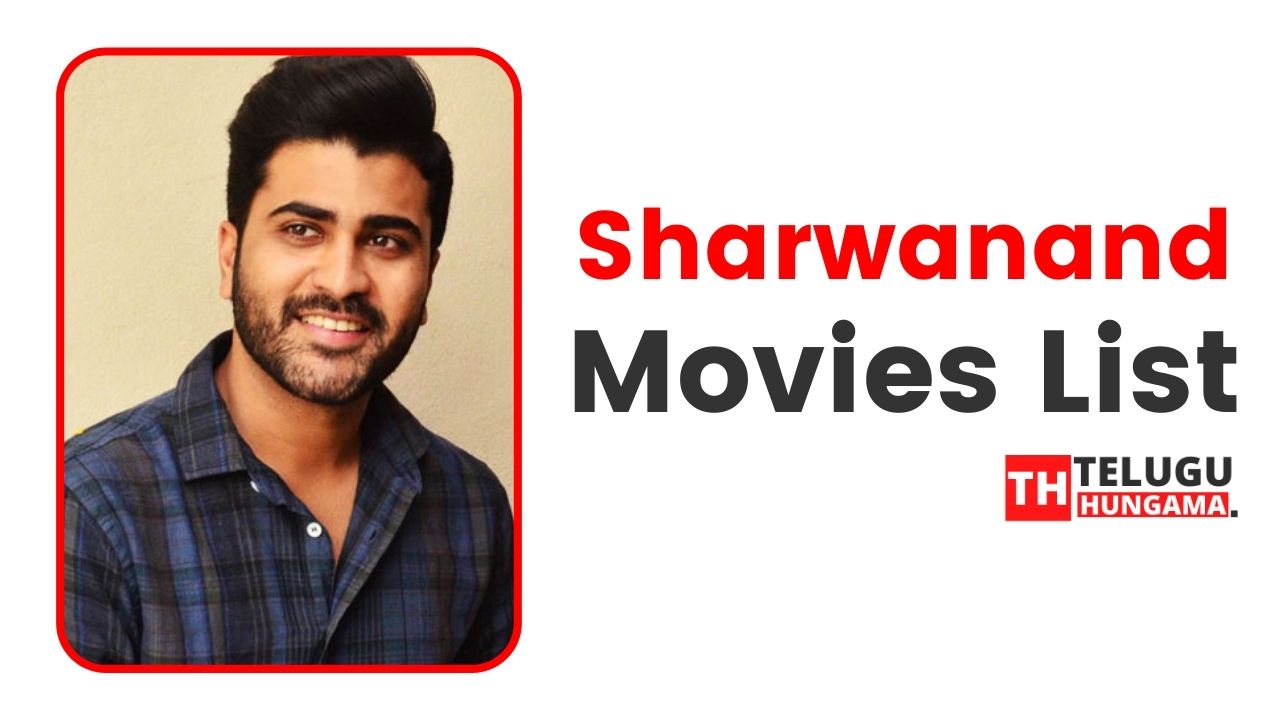 Sharwanand is an Indian Actor who has predominantly worked in Telugu Film Industry. He has also worked in Tamil Film Industry as well. He received the best male debut actor for his work in Engeyum eppodhum back in 2012 and also an Nandi Special Jury for Malli Malli Idi Rani Roju. Sharwanand’s career has seen many ups and downs but still he always comes up with unique scripts and gives chances to the new directors and writers. In the beginning he used to side characters but later he got many opportunities in the movies and established himself as an actor. Here are the movies list of Sharwanand and the roles he played till now.

So these are all the movies list of Sharwanand, He is a talented and versatile actor. His best movies are Gamyam, Run Raja Run, Malli Malli Idi Rani Roju, Express Raja, Mahanubhavudu, Padi Padi Leche manasu. He has done some excellent work in these movies and they performed wonderfully at the box office.

Now his upcoming movies are Maha Samudram in which actor Siddarth will also be playing an important role. The Movie is set to release soon once the theatres are open with complete occupancy. Also his another movie is Aadavaalu Meeku Joharlu in which Rashmika Mandanna will be seen opposite him. As both the actors are busy with their respective projects. Once they complete it, They will do this film together. There is also another untitled movie with Ritu Varma. Soon we will get the updates of that movie as well. Once we get the official news about upcoming movies of Sharwanand, We will get the first news to you.