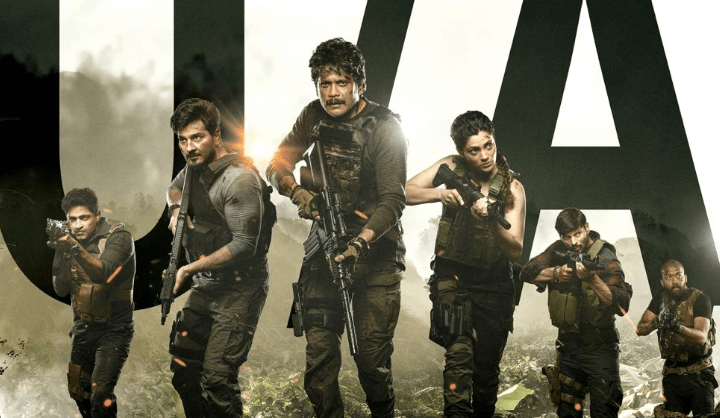 Wild Dog Movie OTT Release Date, Digital Rights and Satellite Rights: Wild Dog is an upcoming Action Thriller Movie releasing directed by Ahishor Solomon, The Movie is releasing in theatres on April 2nd, 2021. First because of the pandemic, The Movie was set to release on Netflix OTT Platform, But later as the theatres are open with 100% Occupancy, the crew has decided to release the movie in theatres itself.

The Movie is produced by Niranjan Reddy and Anvesh Reddy. The Movie Editing is done by Shravan Katikaneni, In the lead roles we are going to see Nagarjuna Akkineni, Saiyami Kher, Dia Mirza, Atulk Kulkarni, Ali Reza and others.

What Is Wild Dog?

Wild Dog is the code name of the special officer Vikram, played by Nagarjuna. He is fearless, Ruthless and Aggressive officer. The story is based on the true events, The team of Nagarjuna along with Saiyami Kher, and Ali Reza starts hunting the terrorists who are behind the Hyderabad blasts which happened at the Gokul Chaat. How come the team will catch the terrorists that is the whole plot of the movie.

The Movie is based on the real story that took place in Hyderabad, Even in the lockdown also. The team has worked for the movie in the beautiful locations of the Himalayas and Uttarkhand. Wild Dog Movie dialogues are written by Kiran Kumar and Cinematography is handled by Shaneil Deo.

Wild Dog is an out and out action entertainer movie, This is also the debut movie of Saiyami Kher in Tollywood Industry. In the trailer we can see how Nagarjuna has worked hard for the movie, His dialogue delivery, His action scenes and composition are top notch. This movie will definitely be a blockbuster at the box office.

We have also seen Saiyami Kher in an spy action web series which is Special Ops, Soon the second part of the series will be released. There is no official release date about the movie’s release in the OTT Platform. We may get the official news after the movie is released in theatres.

So these are all the details of the Action/ Thriller Movie Wild Dog which is releasing in theatres on April 2nd, 2021. We will get back to you with more details about the movie’s box office and review of the movie as soon as possible.